The Nicosia Dental Polyclinic artistic patronage activites is a program to enrich the Cyprus' cultural scene with important and beautiful experiences and productions. As part of that program we proudly sponsored the 2018 production of the classic "Dangerous Liaisons" «Επικίνδυνες Σχέσεις».

Adaptated and directed by Andreas Araouzos, this play will have 8 performances in Nicosia and 1 in Limassol in September 2018.

For centuries audiences have been thrilled and encaptured by this masterpiece of lust, jealousy, deception and vengance since Pierre Choderlos da Laclos wrote the scandelous novel "Les Liaisons dangereuses " in 1782. Previous adaptations of this work have won several of Acting's highest honours including The Laurence Olivier Award and an Academy Award. 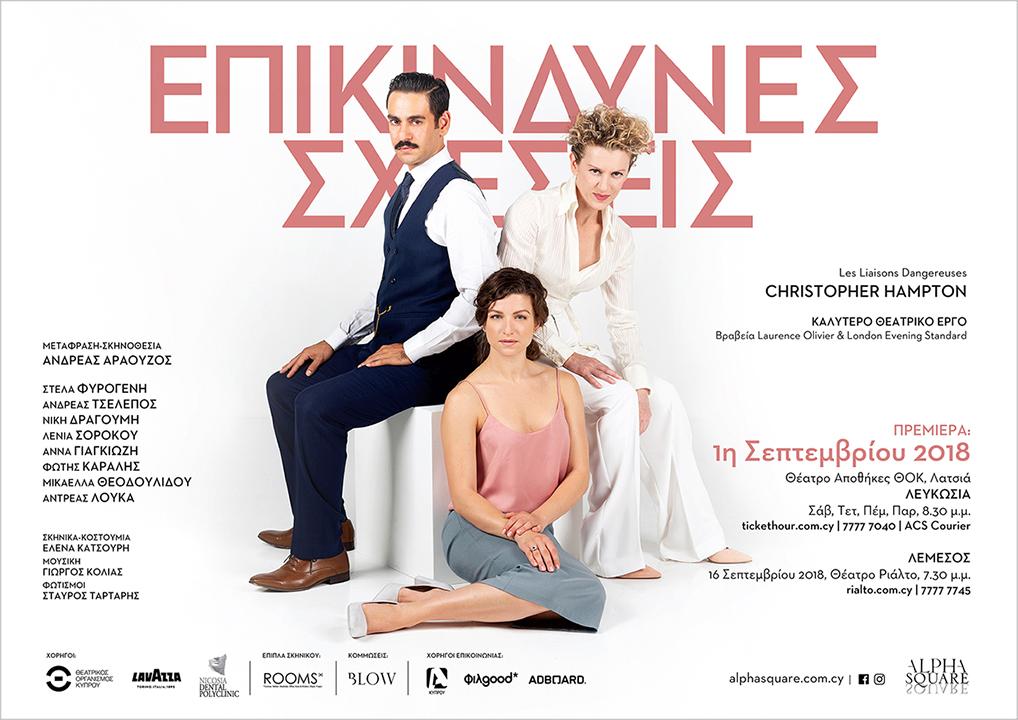